When it comes to laws that protect workers, the public, and the integrity of the system, Santa Clara County is a pioneer. Just look at the County Charter, Merit System Rules, and the progressive County mission and core values statement in the County’s official website.

Given these progressive laws and regulations, why then, there is a crisis of corruption happening for many years in Santa Clara County? From citizens concerns being ignored, to independent journalists being silenced and prosecuted for exposing County corruption, to County employees frustrated over the abuses, bullying, and intimidation they have endured for years at the hands of the County, and to taxpayers footing the bill due to the many lawsuits against the County due to corruption, incompetence, abuses, and unjustified demotions and firing of government whistleblowers, one may ask why does the County insist that this corrupt culture must be protected and celebrated?

The answer: Santa Clara County is a County with elastic and accommodating laws, written for the self-publicity, progressive façade and window-dressing that the public sees at first impression. A deeper look into the real life applicability and enforcement of these laws and regulations uncovers a sinister purpose: These laws have been put in place to be selectively used and enforced to punish dissenters and those who the County dislikes, including whistleblowers.

The evidence in this article exposes Santa Clara County’s double standards and the elastic laws that protect government corruption, incompetence and violation of the law to the detriment of the most vulnerable in Santa Clara County, wasting millions of taxpayer dollars. 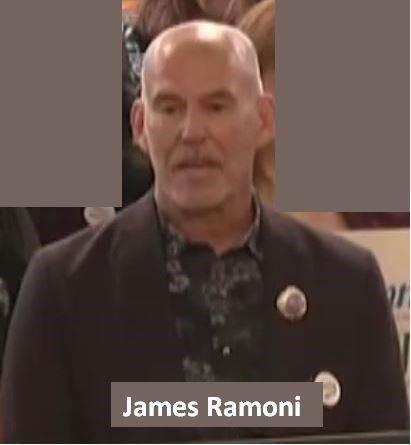 For 13 Years Mr. Ramoni was the Program Manager II at In Home Supportive Services, which serves the most vulnerable in our County. Under his leadership the County of Santa Clara IHSS department ranked a failed 56 out of 58 counties in California in client reassessment compliance after his thirteen disastrous years as Director.

Client reassessment compliance is the key metric upon which the State of California evaluates performance in properly assessing the needs of the elderly and disabled clients to make the appropriate adjustments to best serve their needs and save taxpayers money.

According the County Merit System Rules, Mr. Ramoni was in violation to the Article 11, Section A25-301 (a) (2): Inefficiency, incompetence, or negligence in the performance of duties, including failure to perform assigned task or failure to discharge duties in a prompt, competent and responsible manner.

Did he get reprimanded or punished for his incompetence that negatively impacted Santa Clara County most vulnerable? No, he did not.

In November 2011, James Ramoni sent a very rude and unsettling letter to Ralph Hays a highly respected and loved Social Work Supervisor and subordinate of Mr. Ramoni. Note that letter was sent in spite of the fact that Mr. Hays had already retired from the County. Among many insults and denigrating lies about Mr. Hays integrity and work performance, Mr. Ramoni wrote to Mr. Hays: “I am thrilled that you formally retired.” 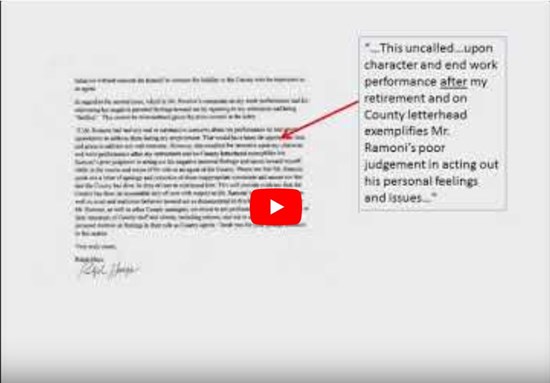 According to the County Merit System Rules, Mr. Ramoni violated Article 11, Section A25-301 (a) (9): Failure to maintain satisfactory and harmonious working relationships with the public and other employees.

Likewise, Mr. Ramoni violated the County’s core value of: Exhibit mutual respect: We value employees and recognize the importance of their contribution in service delivery to the community. We exercise respect and courtesy at all levels of the organization. We acknowledge differences of opinion exist and while we may differ, we continue to value effective working relationships.

Did Mr. Ramoni get reprimanded for bullying and disrespecting a subordinate? No, he did not.

In the January 24, 2012 Board of Supervisors meeting, about 100 low wage In-Home Supportive Services (IHSS) Providers, mostly women and people of color, were crying, yelling, screaming and demanding that their wages for their hard work be paid at long last. Many spoke at Public Comment, stating that they had not been paid for weeks, three months, six months, and in one case a year and a half. Mr. Ramoni was the IHSS Program Manager at the time and failed these workers.

Click on video to see the testimony of IHSS workers 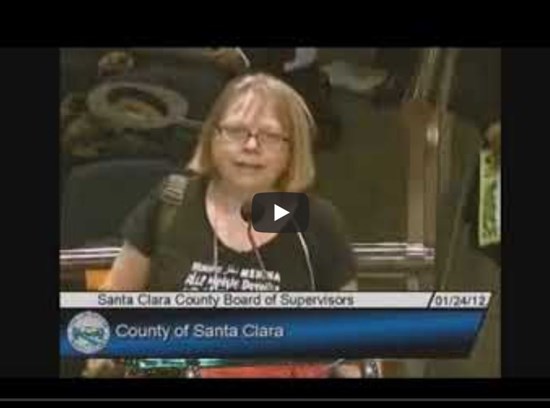 Article 11, Section A25-301 (b) Causes relating to personal conduct detrimental or prejudicial to public service:

(1) Guilty of gross misconduct, or conduct unbecoming a County officer or employee which tends to discredit the County or County service

(3) Failure to make reasonable provisions for payment of just debts

Think about it. If it was Walmart committing wide-scale wage theft of this magnitude, you would see the community marching with pitchforks and torches, probably wanting to burn the place down. But in the County Mr. Ramoni was promoted just one year later to become the Director of DAAS where he has continued to break the law, much to the pleasure of County Executive Jeff Smith and Social Services Agency Director Robert Menicocci.

Using his position of power, in 2017 Mr. Romoni disregarded and misused the precious time of about 300 Social Services employees to listen to him for about an hour about the loss of his husband, all this on County time. So, instead of servicing the public, these Social Workers and staff were listening to Mr. Ramoni’s personal issues.

This in violation of the County Merit System Rule, Article 11, Section A25-301 (a) (7): Careless, negligent or improper use of County property, equipment or funds, including use for private purposes or involving damage or risk of damage to property.

Mr. Ramoni also disregarded the County Core Value of: Uphold our fiscal responsibility: We use the resources entrusted to us wisely. We effectively balance the needs of the community with available resources while advocating for the best value and best service.

And for the reader wondering if by now, finally, some action has been taken by the County against all of the abuses and violations of the law by Mr. Ramoni, the answer is still NO.

Contempt of the Civil Grand Jury

Today, despite hiring a consultant, years ago to revise the PAGC Policies and Procedures, the majority of PAGC policies and procedures are still unrevised since September 30, 2014, in contempt of two civil grand juries who directed him to do so prior to this date. This is another example of disregard of the public welfare, as employees must sadly continue to rely on incorrect and outdated policies and procedures as they conserve the persons and seize the assets of the most vulnerable in our County.

Evan Dowling, Management Analyst and whistleblower in James Ramoni’s Department of Aging and Adult Services, has delivered documented evidence of official misconduct and wrongdoing perpetuated by James Ramoni many times to the County Board of Supervisors. The provable claims include:

And just as the reader may have figured it out by now, despite all this abuse, incompetence, negligence, and illegalities, Mr. Ramoni is still celebrated and protected by the County Supervisors, Jeff Smith, County Counsel and Executive Management.

So much, so that in order to protect Mr. Ramoni’s atrocious violations of the law, Santa Clara County has deliberately misused public funds amounting to millions of dollars in paying County Counsel, Labor Relations and the Social Services Agency, paid by County taxpayers in order to protect him, as well as paying out tens of thousands of dollars in a settlement to Mr. Dowling.


Incompetence and Negligence in the Performance of Duties

Article 11, Section A25-301 (b) Causes relating to personal conduct detrimental or prejudicial to public service:

(1) Guilty of gross misconduct, or conduct unbecoming a County officer or employee which tends to discredit the County or County service

The County Merit System Rules requires ALL County employees to take an oath.

Sec. A25-125. Oath required.
Each applicant for employment in the County service shall take an oath that the applicant will uphold the constitution of the United States, the State of California and the ordinances of the County, and will be designated as a Disaster Service Worker as required

So, by his own actions Mr. Ramoni has for years carelessly and disrespectfully violated his oath, with no consequence for his actions.

According to the County's Merit System Rules Article 3. Examination Announcements, Applicants and Applications

The following sections are applicable to County employees:

Sec. A25-117. Disqualification of applicant. The Director may refuse to examine an applicant or after examination may disqualify an applicant, or remove the applicant's name from the employment list, or refuse to certify any eligible on an employment list for any of the following reasons:

(a) If the applicant is found to lack any of the requirements or qualifications established for the examination.

(b) If the applicant is determined to be physically or mentally unfit to perform the duties of the class.

(d) If the applicant has been convicted of a felony or a misdemeanor that demonstrates unfitness for the position.

(e) If there is evidence of immoral, infamous or disgraceful conduct.

(h) If the applicant has a history of unsatisfactory employment in previous jobs verified by record.

Given Mr. Ramoni's track record as IHSS Program Manager, Under the County's Merit System Rules He Should Have Never Been Promoted to Director of the Department of Aging and Adult Services.

In the Private Sector Mr. Ramoni Would Have Been Fired Years Ago, Why Do the County Supervisors Protect Him?

According to the Merit System Rules, Article 11, Sec. A25-302. Determining degree of seriousness of offense:

(a) In determining the degree of seriousness of an offense which is a cause of suspension, demotion or dismissal, the appointing authority shall consider:

(1) The nature and extent of the specific act in terms of its effect upon the functions of the department.
(2) Damage to public interest or welfare.
(3) Whether a reasonable period has elapsed since a prior offense.

(b) The decision to suspend, demote or dismiss depends on the seriousness of the offense[...]

As the public can see based on the above evidence and additional evidence that can be subpoenaed, including many email communications to each one of the County Board of Supervisors and County Executive Jeff Smith, Mr. Ramoni should have been fired years ago, given the seriousness of the offense, years of damage to public welfare and cost to Santa Clara County taxpayers due to Mr. Ramoni’s incompetence, negligence, abuses, multiple violations of the law.

But, sadly the disgraceful double standard by the Board of Supervisors, County Executive Jeff Smith, County Counsel, James Williams and Labor Relations is appalling, highly hypocritical, unethical, unlawful, disrespectful, and extremely damaging to our seniors, the disabled and the most vulnerable in our County.

For years millions of your tax dollars have been funneled and misused to protect corruption and incompetence. In Santa Clara County we have a crisis of corruption going on for many years, and it is time that it be exposed and addressed. It is affecting us all.